The custom 3D-printed insoles from Wiivv Wearables are really something cool. My wife and kid used an iPhone to take images of their bare feet and sent them off with the Wiivv app. Then they received custom-fit insoles that helped them get rid of some nagging foot problems.

This app and service from the Vancouver, Canada-based startup is just the beginning of what its founders — Louis-Victor Jadavji and Shamil Hargovan — call “body-perfect” products, or bionic devices that are made possible through the combination of scanners, cameras, 3D printing, and cloud computing. You can imagine all of the things that we put on our bodies, and how they don’t fit most of the time. Wiivv’s technology could change the way that retailers sell their wares, said Hargovan, in an interview with VentureBeat.

The insoles are the first product in a line of body-perfect items coming from Wiivv, but they were pretty complex to develop.

“My cofounder and I had experience in 3D printing and health,” said Hargovan. “We decided we wanted to make body-perfect gear for people, from orthopedics to apparel and sports gear. That’s the larger vision.”

Wiivv Wearables has made a lot of progress in the 17 months since its founding in the summer of 2014. It raised a $3.5 million seed round from Eclipse VC, Real Ventures, Asimov Ventures, Evonik Industries, MAS Holdings, and former HP printing head Vyomesh Joshi. It launched a Kickstarter crowdfunding campaign in January, and it beat its goal by 470 percent, raising $235,054 from 2,765 backers for its Base insoles. It has started shipping those orders for 4,000 insoles to backers. The company has a few dozen employees, with a headquarters in Vancouver and a manufacturing site in San Diego.

The insoles can be created based on five photos of a foot from a smartphone. That’s more efficient than the custom measurements that have to be taken at orthotics specialists. The insoles follow each person’s unique arch, reducing the foot fatigue that comes from poorly fitting shoes. The insoles are made of Nylon 12 material, the same as other custom insoles. And the $75 insoles from Wiivv are a lot cheaper than the $300 to $600 you have to pay for custom orthotics.

“Doing this correctly is the key technology of the company,” Hargovan said. “It will help us move in a new direction, and reuse our app with an additional product. This requires precision. Based on where 3D printing and 3D scanning are today, this is the most viable product today.”

The company created the insole service with help from orthotics expert Jack Taunton, past chief medical officer of the 2010 Vancouver Olympic and Paralympic Games, as well as Christian Johannsen, certified pedorthist at Foot Solutions in Vancouver. The Wiivv insoles are all three-quarters length of a sole, and they can be used for running shoes, dress shoes, or casual shoes.

Base custom insoles were found to “significantly reduce joint load of the knee and hip at 30 percent gait cycle,” according to Geoffrey Desmoulin, president of GTD Engineering. Numerous runners have also tested the technology.

“Our partnership strategy is gearing up,” Hargovan said. “We are announcing our next product very soon. We are fulfilling our Kickstarter orders and are nearly done.”

Hargovan said the new product will be an add-on to what the company does with insoles. 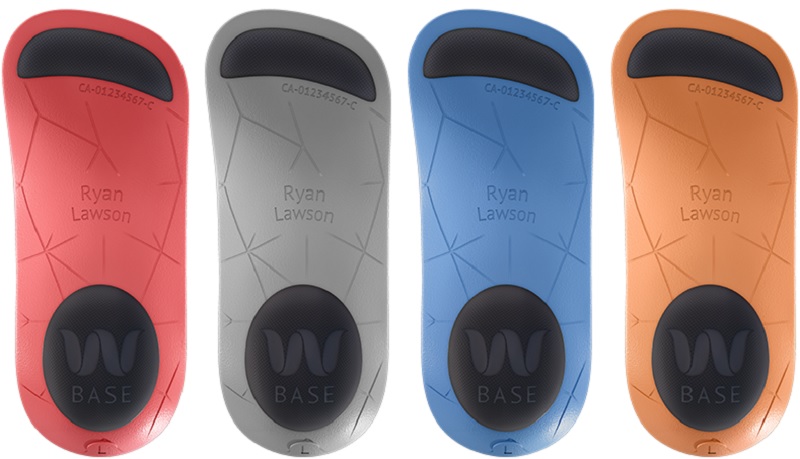